Turkish Statistical Institute (TUIK) announced growth figures for the first quarter of 2017. Accordingly, in the first three months of this year, Turkey’s economy grew by 5.00 percent. While the industrial sector grew by 5.3 percent, the growth rate in the construction sector was 3.7 percent.

The rate was 4.5 percent in the same period of last year, while it was 2.9 percent in 2016. Dollar prices, which were trading at the 3.5320 level before the critical growth rate, declined to 3.5250 after the data was released. 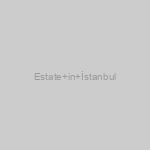 Property ownership and doing business in Turkey as a foreigner